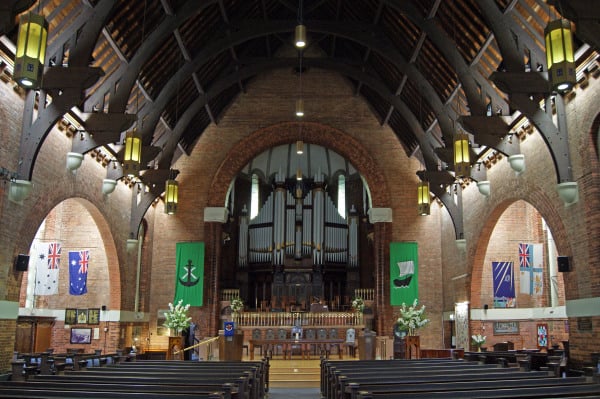 Can’t see or don’t have Adobe Reader Installed on your computer?

This Sunday all over the world many churches will observe the Kirkin’ o’ th’ Tartans, a celebration of Scottish heritage and culture.

What is The Kirking of the Tartans?

Historically, the story is a bit more varied. The popular legend goes as follows:

On July 25, 1745, the young Prince Charles Edward Stewart, “Bonnie Prince Charlie” returned from exile in France and landed at Lochnanaugh in Scotland where he began to enlist the Highland Clans for an unsuccessful attempt to dethrone George II of England and to restore the Scottish throne to the Royal House of Stewart. 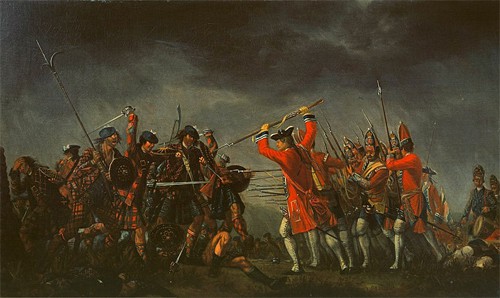 An incident in the rebellion of 1745. The eight featured highlanders in the painting wear over twenty different tartans

Following Prince Charlie’s defeat, the Act of Proscription — to subdue the vanquished Highlanders — banned the wearing of any sign of the Tartan, forbade any speaking in Gaelic, outlawed Scottish music, dancing, or the playing of the pipes.

During the 36 years following the Disarming Act of 1746 when the Hanovarian English government strictly enforced this ban, during the Sunday service Scottish Highlanders would touch the hidden piece of tartan cloth under their clothes when the minister gave the benediction or kirkin’, thus rededicating themselves to God and their Scottish heritage.

A curious wrinkle in this legend is that many people in Scotland don’t know this so-called “history” about the Kirkin’. It is difficult to find an unbroken line of history tracing the practice back specifically to this origin in the mid-18th century.

While often celebrated on Reformation Sunday near the last Sunday in October — to connect it with the anniversary of Martin Luther’s nailing the 95 Theses to the Wittenberg Door on October 31, 1517 — Kirkin’s are also celebrated at other times of the year, as on St. Andrew’s Day — the patron saint of Scotland — on November 30, and Tartan Day on April 6.

In churches, and even at Scottish Highland Games, the Kirkin’ is celebrated by Scots — and those who would be Scots — accompanied by prayer, scripture, preaching, blessing, bagpipe, and of course, the singing of Amazing Grace.

How to Get There: 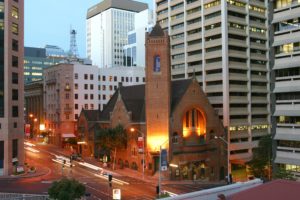